It is 2022, and we are no closer to eliminating cybercriminals from the internet. So, it is important to ensure that your computer has the perfect antivirus solution. This website will help you compare 10 leading antivirus software in the market, so you can finally land up with the protection that’s right for your system. 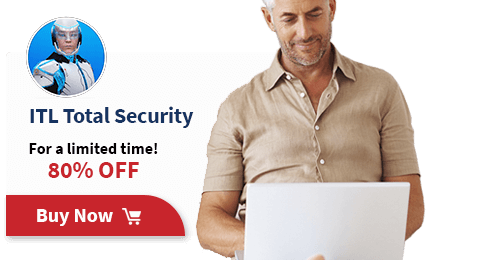 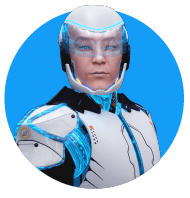 Find answers to common questions about the changing PC protection scenario. It will help you resolve queries related to viruses, malware and all e-threats.

Spyware is unwanted software that intrudes a computing device to steal sensitive information, i.e., Login id & passwords, banking details and more. Spyware is categorized as a form of malware — malicious software developed to gain access to a computer without the user’s consent. Spyware gathers personal information and transmits it to its developers or third-party data firms.

Ransomware is a kind of malware that restricts or prevents users from accessing their system, either by locking the users’ data or system's screen unless a ransom is paid.

Is Windows Defender enough for Windows 10?

Windows Defender works well for basic security, but it’s not the only security suite a user should depend on. If you really want to opt for complete security, then you can opt for any of the antivirus software mentioned above.

How Do They Create Virus?

A computer virus is nothing but a type of application like any other software. A programmer, who can develop a computer software is also able to form a computer virus. Like other software, a virus is also just a compiled application designed to run on your computer. However, the difference between a virus and a software is that the virus is designed to harm your machine through various means like crashing on your computer, wiping the data, steal confidential information like credit card number, SSN, etc. A compiled application is formed of bits, and the application compiles into the same sequence of bits every time as long as the code isn’t changed. Now, this sequence of bits is referred to as ‘Signature’ in the world of the virus. When a virus invades a computer, it follows the same signature as it passes from one computer to another. This same sequence of bits is what helps antivirus developers to recognize it as a virus when on a computer. Sounds easy to catch a virus, right? Well, it is not as easy as explained. Viruses are made hard to find by creating different variants and adding them to existing virus signatures. If you perform research, you may find that one virus has multiple names. It happens when a developer takes the existing virus code and alters it to his own specifications before compiling and spreading it. Now that most of the code for the virus is the same as the original virus file, the new modified version would have a similar but a little altered signature.

How Does Antivirus Work?

Why Do You Need Antivirus Software?

Antivirus programs are designed to protect your computers and other devices from all the malicious tools like virus, Trojan, and worms. The virus is a type of malware that once on your computer, may sabotage the entire processing unit by manipulating your system. The virus attack may also cause a system collapse, where you may lose every piece of information saved on your machine. Moreover, spyware on your computer may steal your confidential information like credit card numbers, Social Security Number, banking credentials, etc and transmit them to someone you don’t know. When you have an antivirus software, you minimize the risk of having a virus on your computer to an optimum level. Nowadays, antivirus software not only provides you protection from viruses but also offers a real-time shield that also takes care of your web security and USB drives. Considering the present era or revolution in information technology, antivirus software is as important as an operating system for your computer. However, it is important that you don’t fall prey to those malware that disguises as antivirus. Ensure that you’ve checked the “Checkmark Certification” on the tool’s official website.

What Should You Look For In An Antivirus?

An antivirus comprises of a lot of things that adds more security to your computer and the data. Now that there are thousands of antivirus software, you may find it difficult to choose one for your machine. To help you with, we’ve got a list of features that you may consider before getting your hands on to an antivirus. User-friendliness: Antivirus is just another software for your computer that comes with an interface. However, not every antivirus is designed for everyone. There’ve been cases where users were not able to operate their antivirus software after the purchase as the interface was too complex to understand. Maximum Security: While getting an antivirus, it is important that you pay attention to the security that it claims to provide. Nowadays, you get myriads of software that protect you from viruses as well as a range of malware. Select an antivirus that is certified and consumes fewer resources of your computer. Else, you may find your computer struggling to work. Technology: Antivirus software uses a range of technologies to find viruses on computers. There are a lot of antivirus tools that are still using a decade old technology to catch modern designed aggressive viruses. Presently, you must look for an advanced tool that uses the latest technology like AI (Artificial Intelligence) to safeguard your machine from malicious ware. Value for money: Security is important, so is the money. It is important that you do not get carried away with all the advertisements that claim to protect your computer against a hefty amount. Most of the popular antivirus software has become too expensive to afford for a user. You must know that you can get a less popular tool for your machine in a way lesser price and still protect your computer with the same or an upgraded level of security.

I’ve a Mac. Do I Still Need Antivirus?

The shortest answer to this question is ‘yes’. Mac machines are not immune to virus and malware. You must know that Mac-targeted attacks have been increasing prevalently. Although it doesn’t mean that the built-in security isn’t good enough. But, an added layer of security on your Mac wouldn’t harm and would eventually help you avoid getting into trouble.
Another reason for you to get antivirus on your Mac is the fact that Mac machines are getting more popular with time. Moreover, there’s a belief among the hacker society that Mac users are richer than an average Windows user, which makes them find a way to infect your Mac machine. Simultaneously, Windows machines are getting stronger with a lot of tweaks from Microsoft and other antivirus developers. This way, hackers are moving towards other platforms as not everyone is able to penetrate the security on Windows.